Cowan volleyball focused on improving 'step by step' during 2022 season 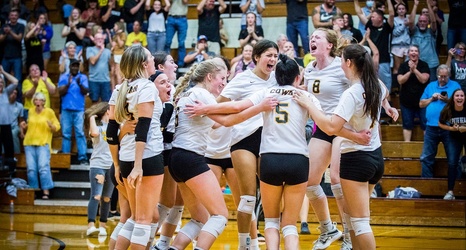 MUNCIE, Ind. — Cowan's volleyball team knows what the perception is outside of its gym.

There are those doubting the Blackhawks after they finished last season with a losing record for the first time since 2015. Two years ago, they made it to semistate. Three years ago, Cowan won the Class A state title.

Last season was different in a lot of ways. Cowan was playing in Class 2A due to the tournament success factor and graduated a number of the area's best players who played a part in its most recent tournament success. It also welcomed in a new coach, Cowan alumnus Amber Huber.