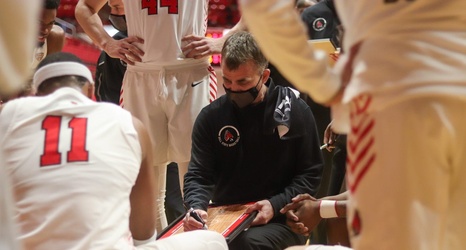 Matt Crenshaw left after three seasons on the staff to become the head coach at IUPUI, his alma mater. As stated in a BSU release, Jason Grunkemeyer left after eight seasons on the staff to become the “boys basketball coach and director of student-athlete and coach development at Hilton Head Christian Academy in South Carolina.” And then not long after Ball State announced the additions of Linc Darner and Billy Wright in May alongside returning assistant coach Ben Botts, Wright left as well.