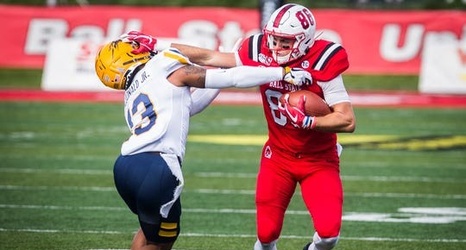 A year ago, at the end of a late-October meeting between Ball State and Toledo, the Cardinals’ head coach had a quick yet heated discussion on the field of the Glass Bowl with Rockets coach Jason Candle. Toledo had just thumped Ball State 45-13, and the fact Toledo decided to keep attacking late in that game with a post route disappointed Neu. It frustrated him.

But as Ball State routed Toledo on Saturday in what was BSU’s Homecoming game this season, Neu said he wasn’t thinking about that day or using it as fuel.