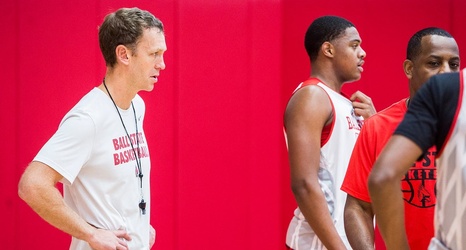 MUNCIE, Ind. — In the spring of his senior year playing basketball for Miami (Ohio), Jason Grunkemeyer was still trying to figure out what he wanted to do after college.

Would he play professionally, even if that would be more for the experience of going overseas than for a lucrative contract?

Would he go another route after his collegiate career ended in 2001?

Then came a conversation with Lorenzo Romar, at the time the head coach for Saint Louis men’s basketball. Grunkemeyer, who knew Romar previously, reached out to Romar about potentially getting into coaching and if there were any opportunities Romar knew of.