3 reasons IU lost to Cincinnati: Hoosiers shoot themselves in foot vs. No. 8 Bearcats 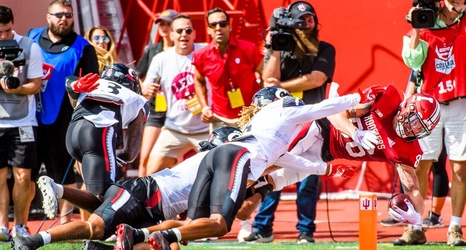 BLOOMINGTON – After building a two-touchdown lead early and dominating much of the first half in front of a sold out crowd at Memorial Stadium, Indiana let a golden opportunity at a season-defining win slip away in a 38-24 loss to No. 8 Cincinnati on Saturday.

Here are three reasons why it happened:

Indiana was thoroughly in control of the game in the first half, holding Cincinnati without a first down in its first four drives and the Hoosiers drove inside the Cincinnati 10 on four straight possessions. However, two of those drives stalled, when Michael Penix Jr.