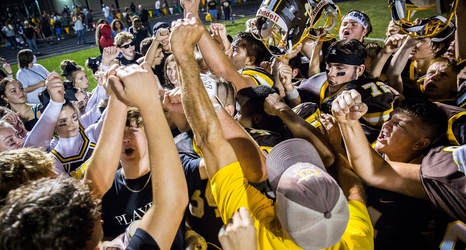 The senior-laden group thought it was their year. They'd already beaten South Adams previously, but pouring rain forged a field the Golden Bears now refer to as the "Mud Bowl," and they eventually endured a memorable but heartbreaking 6-3 defeat in the sectional semifinals.

Many of Monroe Central's top players graduated, including its quarterback and Class 1A All-State tight end and running back. The team's Junior All-State defensive back, Josiah Ullom, is now at Muncie Central. Turning the page on that team, that roster, that game, won't be easy.