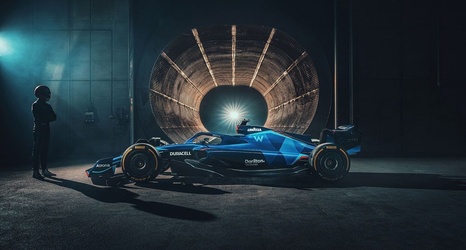 Williams has unveiled the livery for its 2022 Formula One car via an online launch event.

The team's 2022 car, known as the FW44, has not yet been revealed, but its livery, which is predominantly dark blue with light blue and red accents, was launched on a show car on Tuesday.

Alex Albon, who joins the team after a year out of F1 as a Red Bull reserve driver, and teammate Nicholas Latifi, who enters his third season with the team, were present at the launch along with team boss Jost Capito.

Capito said the red stripes on the livery represented the team's British background, while the blue, which has long been Williams traditional colour, represented the history of the team.