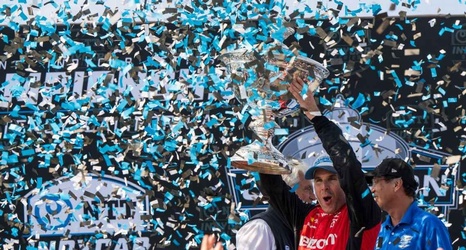 His fingers were stained reddish orange and his tongue was burning.

Three hours after crossing under the checkered flag in Monterey, California, on Sunday, newly crowned IndyCar champion Will Power's stomach was empty. Thanks to a quick assist from IndyCar photographer Chris Owens, who volunteered his favorite snack, the Australian was satiated, hastily munching his way through a bag of Flamin' Hot Cheetos in the media center before our interview. Moments later, he was frantically grasping for a bottle of water to douse the fire raging in his mouth.

The comical scene was a perfect encapsulation of IndyCar's most fascinating personality.