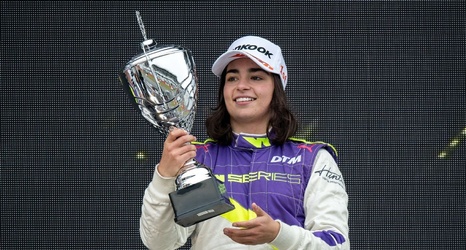 British driver Jamie Chadwick, the championship leader of the all-female W Series, has been named development driver for the Williams Formula One team.

Chadwick, 21, is highly rated after numerous successes in her junior career -- she became the first female to win a British Formula 3 race last year and also claimed the 2015 British GT4 Title. She won the inaugural W Series race at Hockenheim at the start of May and finished second last weekend at Zolder. She claimed pole position on both occasions.