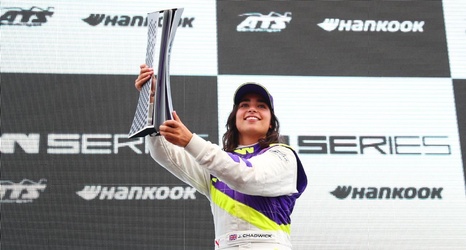 Inaugural champion Jamie Chadwick will return for a second season of the all-female W Series in 2020, with six newcomers featuring on a list of 18 drivers published by organisers Monday.

The new entrants for season two include British racer Abbie Eaton, who has been a test driver for Amazon's 'The Grand Tour' television motoring series.

Russian Irina Sidorkova will be the youngest in the championship at the age of 16.

Two Spanish F4 racers -- Belen Garcia and Nerea Marti -- are among the new faces along with Brazilian Bruna Tomaselli and Norwegian Ayla Agren.