Vettel: People can say what they want about Ferrari's engine 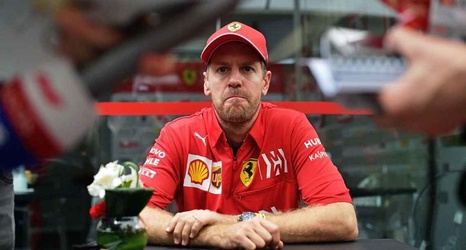 SAO PAULO, Brazil -- Sebastian Vettel has shrugged off speculation about the legality of Ferrari's engine after Max Verstappen suggested the Italian team had been cheating up until the U.S. Grand Prix.

Verstappen made the comments after Ferrari struggled for performance at the last round in Austin following a purple patch at the previous six rounds. Verstappen's allegations were based on Ferrari's lack of pace coinciding with a clarification from the FIA over what is and isn't allowed regarding the fuel-flow meter -- the standard FIA device that monitors the rate at which fuel is consumed by the engine.