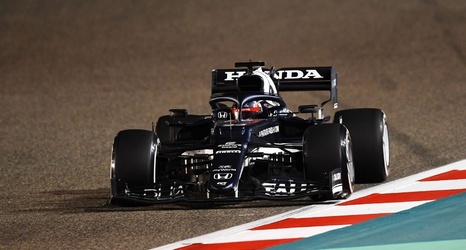 Tsunoda turned in a series of impressive overtakes on his way to ninth position in Bahrain, making him the first rookie to score on debut since Stoffel Vandoorne in 2016.

The move which stood out to Tsunoda was a mid-race pass of two-time world champion Alonso, who was competing in an F1 race for the first time since 2018.

"It was a bit emotional when I passed Fernando," Tsunoda said. "Last time I saw him, 12 or 13 years ago, when I was seven or eight years old!