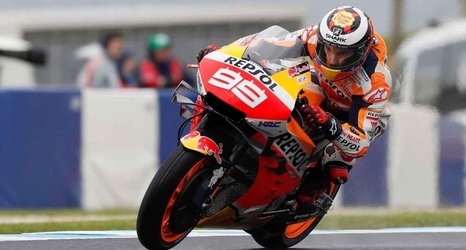 Triple MotoGP world champion Jorge Lorenzo announced on Thursday he would retire after this weekend's season-ending race in Valencia.

The 32-year-old Mallorcan's departure after an injury-blighted season leaves a coveted vacancy alongside compatriot and six-time MotoGP world champion Marc Marquez on the Repsol Honda team.

Lorenzo said his difficulties this season led to his decision to retire.

"I love this sport, but above all I love winning," he said at a special news conference, attended by series CEO Carmelo Ezpeleta.

"I have let myself down and I have let down Honda, but I think this is the best decision for me and the team.