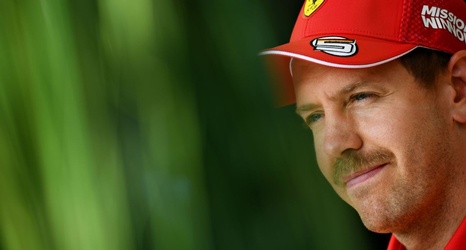 SAKHIR, Bahrain -- Sebastian Vettel says Ferrari's decision to tell teammate Charles Leclerc to hold position behind him at the Australian Grand Prix was not a "strong team order" and was overplayed in the media.

Leclerc closed on Vettel in the closing stages of the season-opener in Melbourne but when he asked if he could attempt a pass for fourth place, his engineer told him to back off.