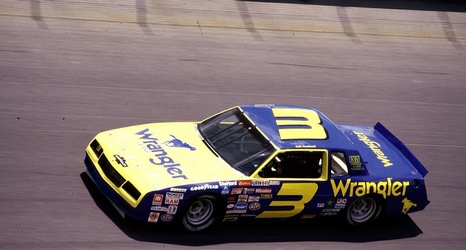 Daniel Ricciardo will get to drive one of Dale Earnhardt's famous NASCAR race cars once he scores his first podium for McLaren.

Brown has made the offer to his new signing, who made his debut for McLaren at the Bahrain Grand Prix.

Earnhardt was Ricciardo's boyhood hero and is the reason the Australian races with the number three made famous by the seven-time NASCAR champion.