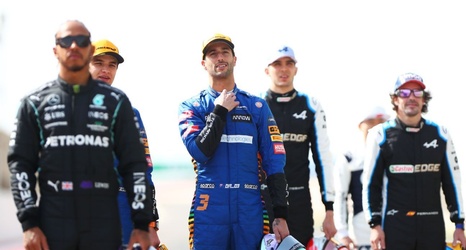 Daniel Ricciardo has hit out at the "idiots" behind Formula One's strategy of showing crash footage on its social media accounts.

Ricciardo was unhappy to see a montage of 2020's best moments including several crashes, saying it isn't something adults should want to watch. It is not the first time Ricciardo has hit out at this kind of footage.

Last year, Ricciardo said he was "disgusted" with F1 for the way it played replays of Romain Grosjean's crash on a loop at the Bahrain Grand Prix. The Australian driver compared the coverage to something from Hollywood.