Rally Australia cancelled because of concern over wildfires 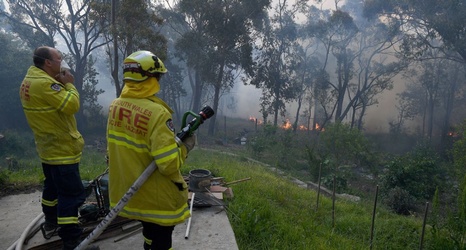 COFFS HARBOUR, Australia -- The final round of the World Rally Championship has been cancelled because of concerns over destructive wildfires near the venue in the northeast of Australia's most populous state.

The New South Wales government declared a weeklong state of emergency with hot, dry and windy conditions expected to worsen. Hundreds of schools were closed and residents were urged to evacuate woodlands as 50 fires blazed across the state.