Power wins at Portland in big day for Team Penske 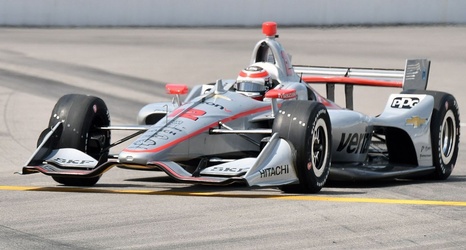 PORTLAND, Oregon -- Will Power has won at Portland International Raceway in a strong day for Team Penske, as Josef Newgarden slightly tightened his grip on the IndyCar championship.

Newgarden started Sunday's race with a 38-point lead in the standings and had a trouble-free drive around the road course to finish fifth. Although it was two spots behind challenger Alexander Rossi, who finished third, Newgarden goes to the season finale at Laguna Seca with a 41-point lead over Rossi.

Newgarden is seeking his second title in three years.

His push might have been clouded if five-time and reigning series champion Scott Dixon did not lose power on pit lane.