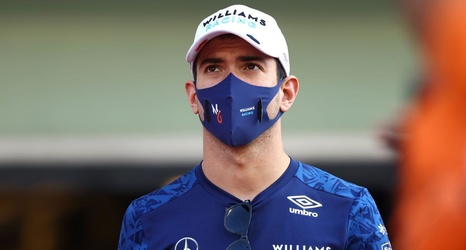 Williams driver Nicholas Latifi was so worried about the death threats he received after the Abu Dhabi Grand Prix he hired bodyguards to protect him and his girlfriend.

Latifi's crash in the closing stages of the Abu Dhabi title decider brought out the safety car which ultimately cost Lewis Hamilton the championship, as it allowed Max Verstappen to pass him on the final lap when the restart procedure was incorrectly applied.

In the days which followed that race, Latifi posted on social media to reveal the abuse he had received from fans afterwards.

The Canadian driver said he had no choice but to take the threats seriously and had to employ security to keep himself and his loved ones safe in the weeks which followed.