NASCAR Cup Series Playoffs: Who's in? Who's out? And who's ready to win it all? 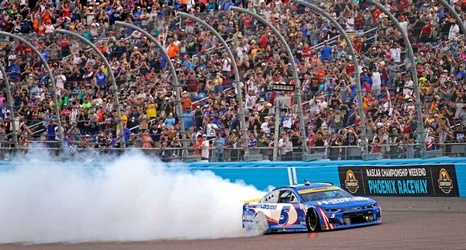 Welcome to the NASCAR Playoffs!

Helpful hint: Don't call it the Chase. And don't dare call it the Playoff, singular. That's what they do over in college football, where only four teams are in the College Football Playoff field. Here in stock car country, there are 16 teams in the title fight, but like CFP and bowl season, those 16 teams share their postseason stage with a bunch of other teams who are competing for wins, but not for the championship.

Confused? You aren't alone. But that's why we're here. To answer your stock car queries, no matter if you've been watching NASCAR since Richard Petty was battling Bobby Allison or if you don't know the difference between Chase Elliott and Chase Briscoe.