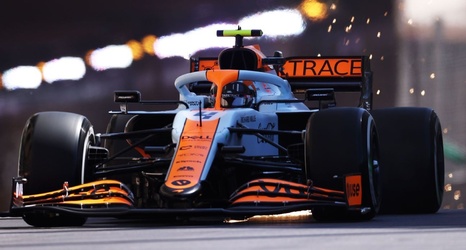 McLaren has ditched its usual papaya livery for the ironic blue and orange scheme of sponsor Gulf Oil at Monte Carlo this week.

It has already proven to be a hugely popular with F1 fans.

The new-look car hit the track for the first time on Thursday during the first practice session ahead of Sunday's showpiece race, where McLaren drivers Lando Norris and Daniel Ricciardo are looking to build on the team's encouraging start to the season.