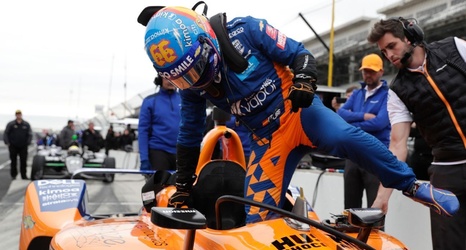 McLaren sporting director Gil de Ferran has apologised to Fernando Alonso after the Spaniard's shock failure to qualify for the 2019 Indy 500.

Alonso struggled throughout the opening week of practice at the Indianapolis Motor Speedway and slipped into Sunday's Last Row Shootout after failing to secure a top 30 spot. Over the four-lap averages, Alonso was bumped from that showdown by American Kyle Kaiser by just 0.019mph.

De Ferran, the winner of the 2003 Indy 500, worked with Alonso during his debut in a McLaren-Andretti Autosport partnership at the Brickyard in 2017 , before being given his current role with McLaren.