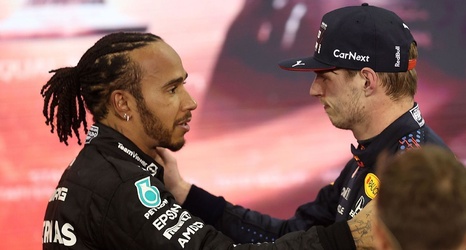 New Formula One world champion Max Verstappen said Mercedes are not as gracious in defeat as his Red Bull team.

Verstappen claimed the title in dramatic fashion at the Abu Dhabi Grand Prix, passing Lewis Hamilton on the final lap to win.

The circumstances around the finish are controversial and Mercedes immediately protested the result. That protest was dismissed by the sport's governing body the FIA, but Mercedes are still weighing up whether to lodge an appeal and have until Thursday to do so.

"I think you should be accepting a loss, it doesn't matter how much it hurts," Verstappen said on Wednesday.