Leclerc, Vettel will have to answer for 'silly actions' in Maranello 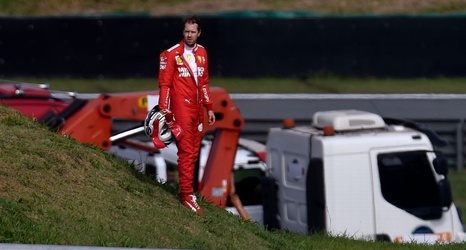 SAO PAULO, Brazil -- Ferrari teammates Sebastian Vettel and Charles Leclerc will have to explain their collision at the Brazilian Grand Prix in a special debrief on their return to Maranello.

Both drivers failed to finish at Interlagos after they tangled with each other while fighting for fourth position with five laps left in Sunday's race. Team boss Mattia Binotto summoned both drivers to his trackside office after the incident, but only to tell them that they were not to discuss the details of the collision with the media and that they should both apologise to the team.