Kimi in altercation with drunken fan in Belgium 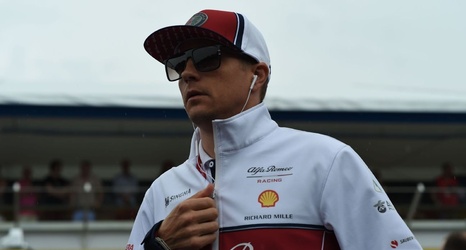 Kimi Raikkonen had an altercation with a drunken fan in the paddock of the Spa-Francorchamps circuit, which hosts this weekend's Belgian Grand Prix.

The incident occurred in the central area between all of the F1 teams' hospitality units. Raikkonen was approached by the fan, who was wearing an orange Max Verstappen cap, when a short argument broke out.

Onlookers say the fan was waving his arms around in the direction of the 2007 world champion and shouting with a raised voice, prompting Raikkonen to lightly push him away.

Some idiot in the paddock today decided to accost Kimi and have a stand up row!