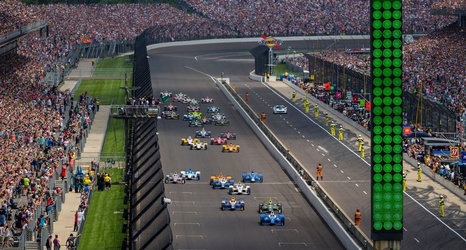 Kaiser appeared to dip below the white line on the low portion of the track when he lost control and spun into the outside wall. The car turned upward and onto one wheel before the tub smashed back to the track surface. It was similar to the crash rookie Patricio O'Ward had a day earlier.

Kasier said he "just lost it right in the middle of the corner."

He has been in a tough spot all week since two of his major sponsors pulled their funding.