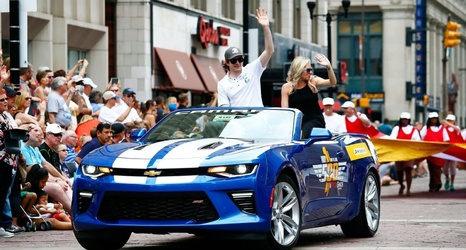 INDIANAPOLIS -- JR Hildebrand has a new team and an old-fashioned look for this year's Indianapolis 500.

On Thursday, A.J. Foyt Racing announced it had hired the California native to drive the No. 1 ABC Supply Chevrolet as the team's fourth driver in IndyCar's biggest race.

The candy apple red nose, trimmed with black stripes over a white body may look awfully familiar to longtime race fans. It's the same paint scheme Foyt used to claim the first of his record-tying four 500 victories in 1961.

AJ Foyt Racing & @abcsupplyracing have reunited to celebrate the 60th anniversary of A.