Is Colton Herta F1's next American star? IndyCar's youngest-ever race winner has his eyes on the future while savoring the present 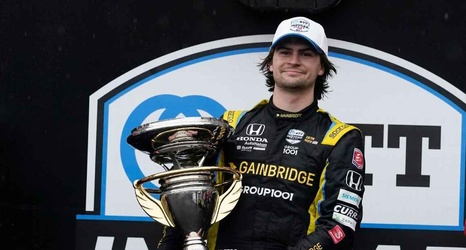 Just call it the Curious Case of Colton Herta.

This weekend marks the third-from-last event of the 2022 IndyCar season, and the final oval race of the year, on the egg-shaped World Wide Technology Raceway outside St. Louis. The real-time storyline on Saturday night will be the seven drivers separated by only 59 points as the championship trophy comes into view, especially the battle between the 40-something set, as leader Will Power fights to hold off summer resurgent Scott Dixon, who seeks a record-tying seventh title.

But the eyes of the Formula One world, as they have all season long, will be focused on the kid who is nearly half their age and sitting an insurmountable 135 points in arrears, ranked 10th after some midsummer struggles and more than likely to be mathematically eliminated from the title fight this weekend.