Honda to stay with Red Bull, Toro Rosso until 2021 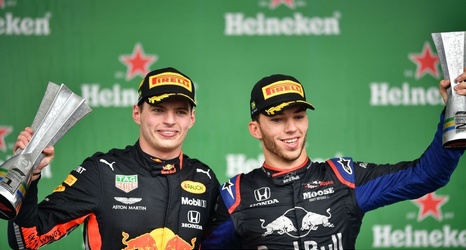 Red Bull and Toro Rosso will continue to be powered by Honda until at least 2021.

Honda has rebuilt its reputation over the past two years after a horrid spell with McLaren and this season returned to the podium for the first time since 2008.

Red Bull's Max Verstappen has claimed three wins and a handful of podiums, while Daniil Kvyat and Pierre Gasly scored podiums for Toro Rosso in Germany and Brazil.

Honda started its Red Bull supply ahead of this season, having carried out a year with sister team Toro Rosso in 2018 as a precursor to the current campaign.