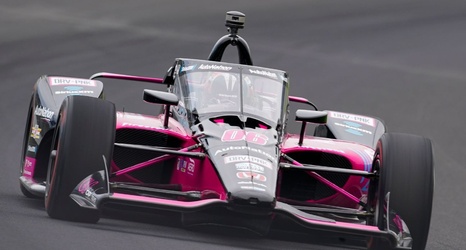 Helio Castroneves has joined the Indianapolis 500's most exclusive group by becoming the fourth four-time winner of "The Greatest Spectacle in Racing" and then scaled the fence at Indianapolis Motor Speedway in front of the largest crowd since the start of the pandemic.

After moving over to Meyer Shank Racing for this year's race following two decades with Team Penske, Castroneves passed Alex Palou with two laps to go then held off Palou for the win.