Hamilton realised 'embarrassing' people not the answer in equality push 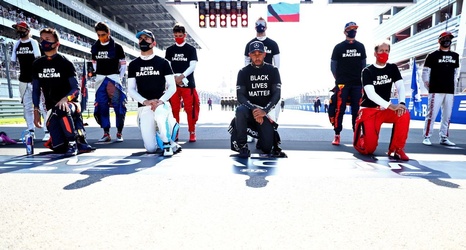 Lewis Hamilton said he realised last year the value of pushing for equality by diplomatic means rather than by embarrassing people.

Seven-time world champion Hamilton has become outspoken on the issue of equality and knelt ahead of every Formula One race last season.

Ahead of the season, Hamilton had called out F1 as "white dominated" and criticised the championship for its silence around the death of George Floyd. He soon started working with F1 to fix the issue of equality in the championship and has also launched and funded the Hamilton Commission to help motorsport engage more young people from black backgrounds and drive diversity.