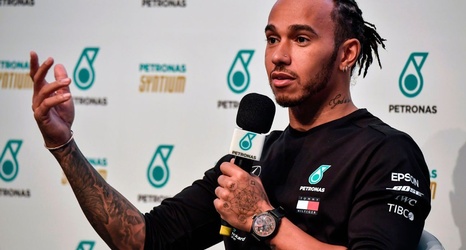 SAO PAULO -- Six-time Formula One champion Lewis Hamilton is already focusing his mind on extending his contract with Mercedes beyond the end of 2020.

Hamilton wrapped up his sixth world title two weeks ago at the U.S. Grand Prix and is now one championship away from equalling Michael Schumacher's record of seven. He has made clear that he intends to stay at Mercedes, which has delivered five of his six titles so far, but is still preparing for a tough negotiating period with team boss Toto Wolff.

"It feels like I've only just signed my current contract, and I've already got to start talking about the next one," he said ahead of Sunday's Brazilian Grand Prix.