Hamilton doesn't want to build up the idea of matching Schumacher 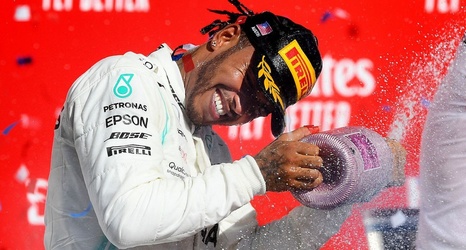 AUSTIN -- Lewis Hamilton says he is downplaying the prospect of matching Michael Schumacher's record of seven championships as it still remains such a far-fetched idea to him.

Hamilton is now second on the all-time list of F1 champions having clinched his sixth title at the U.S. Grand Prix. The British driver has been utterly dominant in the current era, with five of those titles coming in the last six years to add to his maiden championship in 2008.

It leaves on the cusp of the two records Schumacher set that many considered would be unbreakable -- his seven titles and 91 victories.