'Ford v Ferrari' and the untold story of Ken Miles 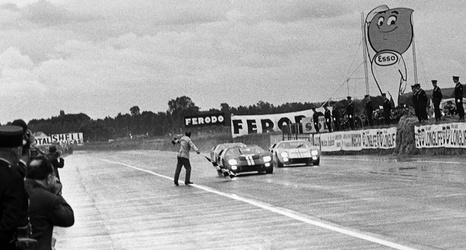 James Mangold's latest movie is variously titled 'Ford v Ferrari' or 'Le Mans '66', depending in which part of the world you live. But it really ought to be called 'The Untold Story of Ken Miles'. Such a title isn't box office but, in the case of this rather long epic, it would be timely. Miles, a taciturn Englishman resident in California, has always been the unsung hero behind making the Ford GT40 MkII competitive in readiness for battle against Ferrari, culminating in the famous 1-2-3 at Le Mans in 1966.

There's very little -- if any -- archive footage of Miles being interviewed but Christian Bale has clearly gone to great lengths when preparing to portray such a prickly character.