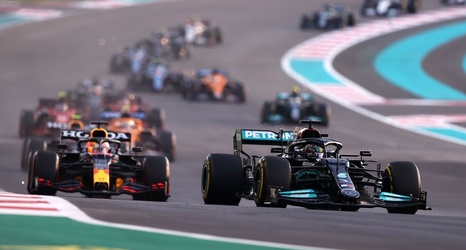 The FIA has agreed to conduct a detailed analysis of the events that led up to Max Verstappen being crowned world champion at the Abu Dhabi Grand Prix amid concerns the sport is being tarnished by "misunderstandings" and "arguments".

The ending of a safety car period one lap from the end of the race has been the source of significant controversy, as the FIA's race director Michael Masi appeared to ignore certain parts of the sporting regulations in order to ensure the title battle was decided by one final lap of racing.

The hasty restart gave Verstappen the opportunity to pass his title rival Lewis Hamilton on the final lap, helping him secure the championship with a race victory.