Ferrari overtake McLaren in the battle for third 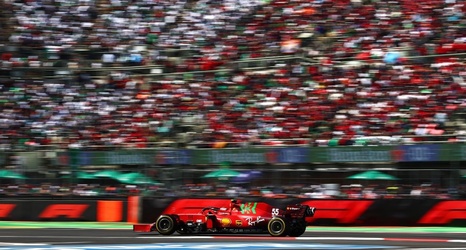 Ferrari hauled themselves back above McLaren in the battle for third place in the Formula One constructors' championship after both drivers finished in the points at the Mexico City Grand Prix on Sunday.

From starting the race 3.5 points adrift, the Italian team moved 13.5 clear of their British rivals and with high hopes of making the advantage stick.

It was the third race in a row that Ferrari had outscored McLaren, who enjoyed a points bonanza when they won the Italian Grand Prix one-two at Monza in September.

"We did what we wanted, which was to outscore McLaren by a fair bit," said Spaniard Carlos Sainz, who finished sixth with team mate Charles Leclerc fifth.