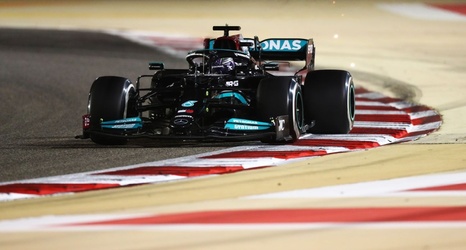 One of the main talking points after the Bahrain Grand Prix focused on why Lewis Hamilton was allowed to get away with abusing track limits at Turn 4 throughout the race yet Max Verstappen's overtake at the same section of track was deemed against the rules by the race director Michael Masi.

A video compilation on social media showed Hamilton's car straying beyond the white line on the exit of Turn 4 on 29 individual occasions before his race engineer relayed a warning from race control telling him to stay within the lines.

Later in the race, on lap 53, Verstappen overtook Hamilton for the lead around the outside of Turn 4, but strayed off the track on the exit, resulting in a message from race control to the Red Bull pit wall ordering him to give the position back.