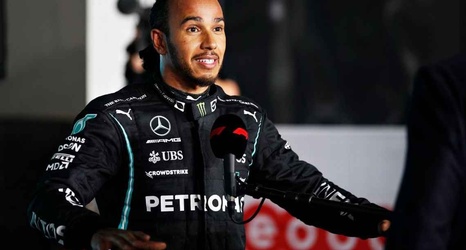 LOSAIL, Qatar - Lewis Hamilton says the rules around wheel-to-wheel racing in Formula One are no longer clear after the FIA opted against reviewing the incident in which Max Verstappen forced him off the track at the Sao Paulo Grand Prix.

Verstappen and Hamilton both ended up in the run-off area at Turn 4 on lap 48 of last weekend's race after the Red Bull driver braked late, failed to make the apex and left both drivers with no option but to run wide.

Earlier this week, Mercedes attempted to get the incident reviewed by the FIA's stewards, but the same panel decided new footage from Max Verstappen's onboard camera was not "significant" enough to launch a new investigation.