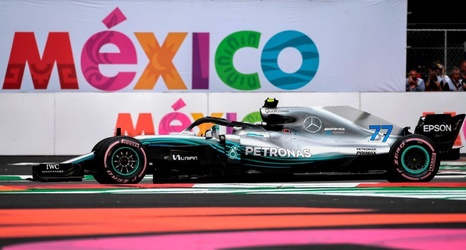 Formula One will stream the Mexican Grand Prix on entertainment platform Twitch in six different countries.

Every session will be free for fans in Germany, Luxembourg, Switzerland, Denmark, Sweden and Norway on twitch.tv and Twitch's mobile app. F1 says the one-race deal shows it "continues to innovate" its broadcast. If successful, it might well be used for other events.

Fans watching on Twitch will also have the chance to participate in predictions during a 10-minute slot in the race. There will also be a gaming element being co-streamed by influencer PietSmiet.

Twitch established its reputation as a gaming platform -- it is frequently used by McLaren driver Lando Norris.