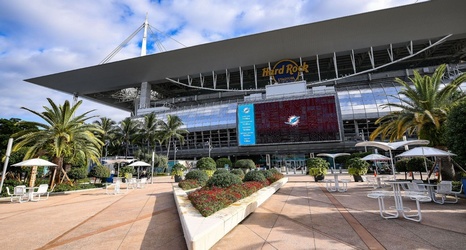 Formula One and the Hard Rock Stadium, home of the Miami Dolphins, have reached an agreement in principle to host a grand prix.

F1 and Miami came to a 10-year agreement to host a race around the Biscayne Bar and Bayfront Park area, originally slated to start in 2019. However, this plan was knocked down by local opposition, forcing the indefinite delay of the race.

Since then a new plan has formed around the Dolphins stadium. The consortium pushing for the event is led by Dolphins owner Stephen Ross. F1 told ESPN earlier this year it planned to push ahead with the new Miami Grand Prix plan.