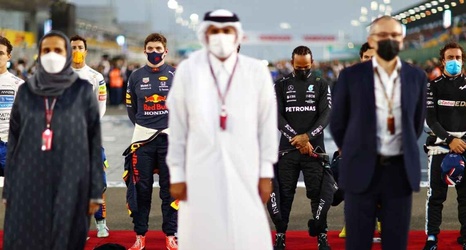 Back-to-back victories for Lewis Hamilton have completely changed the feel around his championship battle with Max Verstappen.

Just two races ago after a dominant win at the Mexican Grand Prix, Verstappen looked like he was cruising to the championship., so much so it seemed like he might even have a chance to wrap it up at the Saudi Arabian Grand Prix on Dec. 5.

Heading to that event Verstappen still leads the championship by eight points but that's much slimmer than he or Red Bull would have liked -- or predicted - at this stage of the season.