Ericsson on standby for Alfa Romeo as Raikkonen pulls muscle 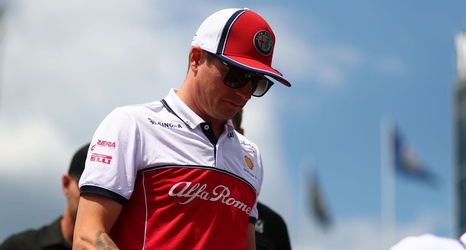 SPA-FRANCORCHAMPS, Belgium -- Kimi Raikkonen has pulled a muscle ahead of the Belgian Grand Prix this weekend, forcing Alfa Romeo reserve driver Marcus Ericsson to miss an IndyCar race after being placed on stand-by.

On Thursday morning, the Schmidt Peterson IndyCar team confirmed American driver Conor Daley will stand-in for Ericsson for this weekend's race at Portland. Ericsson is competing in his rookie IndyCar season after being replaced by Alfa Romeo at the end of last year -- he was kept on as a back-up driver.

Raikkonen was reported to have limped into the Spa-Francorchamps paddock ahead of the day allocated for media commitments.