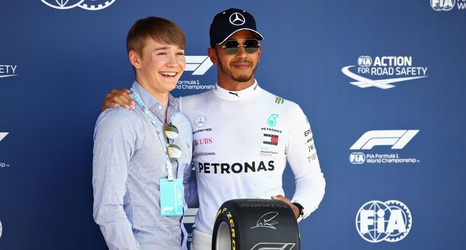 Billy Monger has claimed his first race victory since the accident which led to the amputation of both his legs two years ago.

Monger, 20, returned to single-seater racing last year in British Formula 3 in a specially adapted car. This weekend he was competing in the Pau Grand Prix, which this year is part of the Euroformula Open Championship.

The British driver won after a strategic gamble, switching to wet-weather tyres early on and dropping to last -- only to see conditions worsen, allowing him to roar to third position. The pair duelling for the lead then collided, meaning Monger inherited a lead which he held on to until the chequered flag.