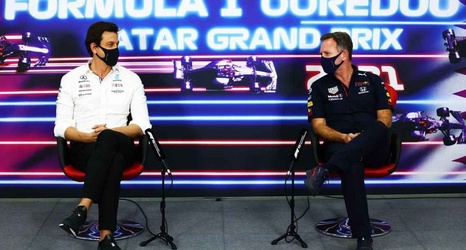 LUSAIL, Qatar - Momentum is a fickle force at this stage of a Formula One world championship.

Rewind two weeks to the Monday after the Mexican Grand Prix and momentum promised to carry Max Verstappen to his first F1 title. Return to the present day, and it has swung behind Lewis Hamilton off the back of two dominant wins in Brazil and Qatar and looks set to deliver a record-breaking eighth world championship.

In truth, the 2021 title battle hangs in the balance. With two races remaining, Verstappen leads Hamilton by eight points in the standings after conceding 11 at the last two races.