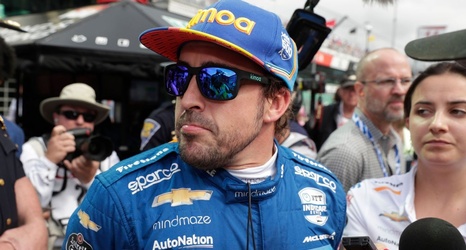 INDIANAPOLIS -- McLaren offered to buy Fernando Alonso a seat in the Indianapolis 500, but the Formula One champion told the team he was uncomfortable replacing a driver who had earned a spot in the race.

Alonso, with McLaren, failed to qualify for next Sunday's race, a humiliation for the proud racing team. Alonso is trying to win motorsports' version of the Triple Crown and Indy is his last remaining goal. McLaren was back at the 500 for the first time since it dominated in the 1970s.

McLaren CEO Zak Brown told The Associated Press the team would not buy its way into the 500 and was halting this year's effort.