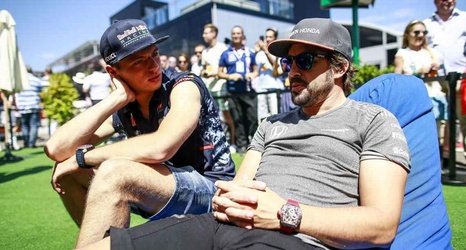 Two-time world champion Fernando Alonso says Max Verstappen is the Formula One driver he rates highest at the moment because of his tendency to attack at all opportunities.

Alonso is one of the most successful drivers of the modern era but walked away from the championship at the end of 2018. Alonso's two titles pale in comparison to Sebastian Vettel's four and Lewis Hamilton's six, with the latter wrapping up the 2019 championship at the U.S. Grand Prix earlier this month.

However, Alonso's attention has been focused on a driver some expect to dominate the next decade, F1's youngest ever competitor and race winner.