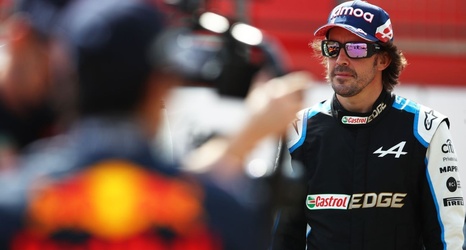 Fernando Alonso has scored the first points finish since his Formula One return after Kimi Raikkonen was handed a post-race penalty at the Emilia Romagna Grand Prix.

Raikkonen had finished ninth, ahead of Alonso's Alpine teammate Esteban Ocon. However, after the race he was deemed to have broken F1 rules around the restart which followed the suspension of the race after Valtteri Bottas and George Russell's crash.

That has elevated Ocon to ninth and Alonso to tenth position, giving Alpine three points from the race.

Alonso, who won the world title in 2005 and 2006, returned this year following a two-year haitus from the championship.