Alonso fails to qualify for Indy, down to Shootout 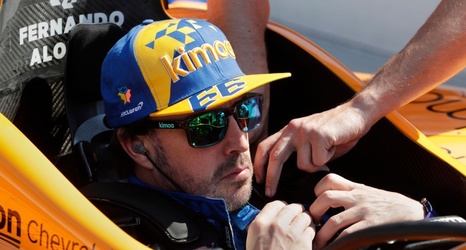 INDIANAPOLIS -- Fernando Alonso and McLaren are in serious danger of missing the Indianapolis 500 after a rocky first day of qualifying.

Alonso needed four attempts to crack the top 30 that would have locked him into the field for the May 26 race. But Graham Rahal made a final qualifying effort at the buzzer Saturday and knocked Alonso out of the field.

Alonso and five other drivers will have one chance Sunday to snag the final three spots in the 33-driver field.

"We didn't have the speed," the Spaniard said. "If we don't make it, it is because we don't deserve it.