Alonso fails to qualify for Indy 500; Hinchcliffe in 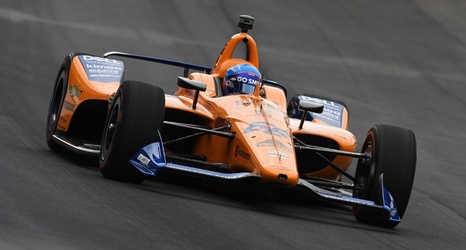 INDIANAPOLIS --Two-time world champion Fernando Alonso was knocked out of the Indianapolis 500 when he failed to qualify for next week's race on the second and final day of qualifying on the 2.5-mile oval.

The Spaniard left on a golf cart with his McLaren Racing team after Kyle Kaiser bumped Alonso from the 33rd and final starting spot with the final run in the six-car last row shootout. Kaiser's four-lap qualifying average of 227.372 mph was just a tick better than Alonso at 227.353.

Kaiser was running in a backup car after crashing in practice Friday.