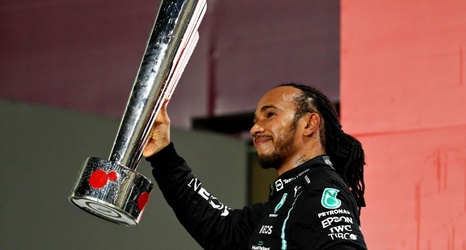 Lewis Hamilton is delivering super-hero performances because recent adversity has "woken up the lion" in the seven-time world champion, according to Mercedes boss Toto Wolff.

Hamilton's title chances appeared to have been dealt a severe blow at the Brazilian Grand Prix when his Mercedes' rear wing failed a scrutineering test after qualifying, dropping him to the back of the grid for the sprint race.

Hamilton fought back to win in Brazil with one of his greatest career performances, following that up this weekend with a dominant win at the Qatar Grand Prix.

In doing so, Hamilton has cut Max Verstappen's championship lead from 19 points to eight in two races.